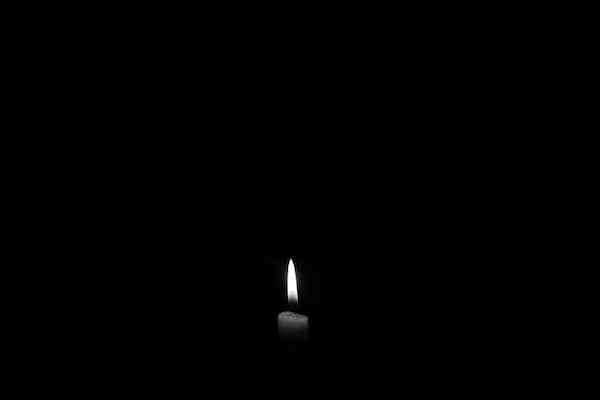 Philip Pegler explores how best to respond to hatred and evil in our world, in his book Meeting Evil with Mercy

At such a critical juncture in international affairs, with countless people around the globe caught up in a prevailing mood of pessimism verging upon despair, one thing at least is becoming clearer by the day. As the savage, protracted war in the Middle East continues with little sign of resolution, the world we share is becoming more and more deranged and divided beyond the power of words to describe. Enduring peace is a distant prospect – for it seems there is hardly a single place throughout the entire inhabited regions of the earth that has not been marred by exploitation, conflict or natural disaster.

Such is the precarious balance of our contemporary world nowadays. It is a sad reflection on our times – and yet amidst multiple predictions of looming disaster it is difficult to believe that all is lost for humanity. That grim thought goes totally against the grain of the survival instinct and hence it is better to think that hope still springs eternal for the majority. After all, at the heart of a storm is a still point and, even after the most frightening nightmare, there is the blessed relief of awakening. Similarly after the darkest night, the dawn glimmers without fail. So too could not these tried and tested analogies hold true for mankind as a whole – notwithstanding its tangled predicament?

That is the urgent and penetrating question posed by an unusual religious biography, that does not attempt to evade the most perplexing issues of this turbulent era, but instead places them firmly within the illumined perspective of an authentic spirituality.

Entitled Meeting Evil with Mercy – an Anglican priest’s bold answer to atrocity, the book recounts the absorbing story of a Jewish doctor, turned Christian minister, who always emphasised the sacred nature of life and the sacrament of the ever-fleeting present moment. By the time he died in 2007, Martin Israel had established a far-reaching healing ministry in London where he was regarded as an inspired preacher while being a popular author of spiritual books with a loyal readership.

Full of compassion as a devoted follower of Jesus Christ, but an unflinching supporter of inter-faith dialogue too as a staunch believer in the essential truth underlying all the great world religions, this former doctor and pathologist offered no easy answers or quick fixes to the grievous problems of the world. Yet his incisive spiritual teachings are full of valuable insights and remain remarkably prescient in the current crisis.

In the abrasive world he knew, scarred already of course by unimaginable brutality down the ages and particularly in the twentieth century, Martin did not hesitate to write about the stark reality of evil. He was exceptionally well qualified to do so, for in addition to being a doctor and priest, he was also an exorcist. This was the most extraordinary facet of his healing ministry and hard to comprehend – how this shy mild-mannered man could be engaged in caring for troubled earth-bound spirits while also coping with malevolent onslaughts from the intermediate psychic realms beyond the grave. And all this in between his pastoral duties as priest-in-charge of a London church..

How would he have viewed the barbaric evil so evident today, expressed through unbelievable cruel acts perpetrated in the name of God and justified by the extremist religious ideology of jihad?

One thing is certain: Just as in the days of the Nazi threat during the Second World War passive surrender was not an option, Martin Israel would not have disapproved now either from appropriately firm measures to contain the immense harm inflicted upon the innocent by evil-doers in pursuit of their pernicious and diabolic aims.

Meeting evil with mercy is not some naive, soft option – properly understood it is tough love. You could say of course that in this crazy world of ours, showing mercy in the face of malice simply represents the foolhardy courage of impractical activism, and yet Philip Pegler – author of this thoughtful study of Martin Israel’s life and teachings – is under no illusions about the difficulties bound to be faced in putting such unworldly advice into practice. The point is there is a bottom line for him – and it is this: The obstacles to peace-making may seem well nigh insurmountable, but in this non-violent approach to peace, it is the strong but compassionate attitude of genuine spirituality in the face of hostility that counts above all.

In the weary eyes of the world, to meet evil with mercy seems surely a futile act of utter foolishness. In actual fact it is nothing of the kind. It is really a gesture of the highest wisdom, but it does take the greatest courage of all – for when once you take a stand on the bedrock of reality, all that does not belong to Truth rises up in fury to dissuade you from the most noble of intentions.

To meet evil with fortitude nevertheless is to dare to greet evil and go further still. It is actually to bid evil welcome and in so doing to disarm its threat at the most fundamental level. And this of course is to follow faithfully the supreme teaching of Jesus Christ – to offer the other cheek to your adversary and to travel the extra mile to help your neighbour in the midst of trouble.

Evidently Martin’s own guidance along these lines would not have been directed in the first instance towards soldiers, strategists or politicians, but was intended for the so-called ‘common man’ – or a least for those heroically disposed enough to heed his words.

This is because it takes considerable inner strength and mature understanding to appreciate that the essential work of containing outward violence begins at the level of conscience and moral responsibility within the mind and heart of the individual. Similarly the task of reconciliation starts at our own door and only then can a healing influence spread outwards from and through us to cancel emnity before mending division and dissolving the hatred it engenders in the wider world.

Upon returning once more with renewed goodwill to our own private affairs, we will find that this profound respect we feel for other people, irrespective of their colour, race or creed, translates into just being kind to ourselves no matter how we feel.

And as we continue to tread the spiritual path, we will see the necessity not only of wisely enduring the presence of evil in the outer world but of confronting our own inner demons too. And we will learn to accomplish this vital task, not in the usual way with aversion and defiance, but in the determined recognition that ultimately hatred can only be overcome by love and war by peaceful means.