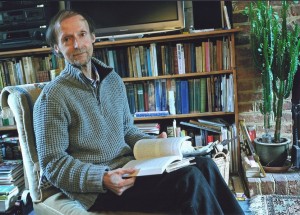 The author’s grandfather was a celebrated English publisher before the Second World War and Philip grew up immersed in the world of books, before eventually becoming an antiquarian bookseller himself.

Educated at Harrow School, originally he trained as a journalist, prior to his departure for India in quest of Truth at the age of 23 in 1970, at a time when this was still considered daring for young Westerners. He now lives with his wife in a quaint cottage on the South Downs in West Sussex where he writes articles on spirituality and sells books on the internet.

Philip Pegler has been on the spiritual path since the age of 17 when he first encountered the teachings of the great Hindu sage Ramana Maharshi. Those youthful travels far from home left an indelible impression upon him – and have inspired and informed a life devoted to profound spiritual inquiry ever since.